Tax liens are investments made possible by state law. Governments love to 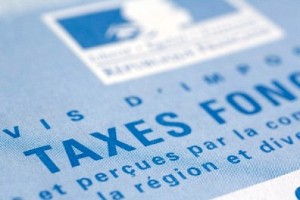 use tax money, but they really don’t like being in the tax collection business. And they especially don’t like to be bankers. Governments want their money now, so they can balance their budgets. So they have a serious challenge when a taxpayer, for whatever reason, decides not to pay his property taxes on a particular parcel of real estate. In fact, sometimes it takes years to collect the taxes from the owner of the property, and sometimes the owner never pays the taxes owed. As much as governments hate being the bank, they hate being property owners even more. What they really want is the cash, and they want it now.

So instead of becoming a creditor of the property owner and waiting for the money until the taxpayer ponies up, many local governments (usually counties) have figured out how to get their money immediately. It’s called a tax lien. In the simplest terms, here’s what happens:

The government assesses taxes on a piece of property, which is called a par­cel. In most cases, the owner will simply pay the taxes that are due.

But what if the owner of the land decides not to pay the taxes on time? Then what happens?

The great thing about foreclosing on a tax lien is that a tax lien supersedes nearly all other liens. So if you are able to foreclose on a tax lien, you get the property for the cost of the unpaid taxes, and in the majority of situations, any other liens are wiped out. Pretty cool, huh? Well, at least it can be in the right circumstance, but more about that later. In any case, there are several important steps to investing in a tax lien, and we are going to take them one at a time.